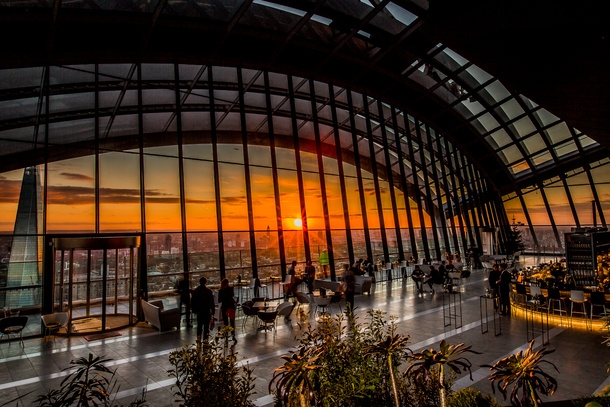 10 London Venues You Must Visit Before The Year Is Up

Weve seen so many openings in London this year that we had to do a roundup of the coolest places to visit before we hit 2016! The London social scene is rapidly expanding, with concepts popping up all over the place, so were sharing our favourite bars, clubs and restaurants with you in the hope youll experience them at some point soon, enjoy!

After the success of last years Night Tales, and this years Summer Tales, the company behind the street food venues are returning for the winter months of 2015! Fresh back from a research trip to Tokyo, the Night Tales team will be transforming their 20,000 square foot home in Shoreditch into a scene from the back streets of Japan. Night Tales have taken inspiration from some of Tokyos best restaurants and cocktail bars, local markets and famous districts to deliver a real and authentic interpretation of the city. Tokyo Nights will take you on a tour of the buzzing metropolitan city and touch on scenes from Old Japan. Launched on October 29th 2015 for an eight week run you can expect to see four new concept bars, eight private Ryokans (Japanese houses), all available for private hire and six new food partners serving a mix of knockout Asian and contemporary food.

D&D Londons latest project is in the newly regenerated heart of Kings Cross. This amazing building was Britains first purpose-built gym and was the site for the indoor events at the first Olympic Games, held in London back in 1866. Located directly outside Kings Cross Station, there is a lot of history behind this building and it will resonate in the restaurants interiors.  Food concepts are set to be modern with German influences and you have your choice of ground floor, mezzanine, terrace and private dining room to book your meal!

Sexy Fish is an Asian fish and seafood restaurant located on the South East corner of Berkeley Square, Mayfair and is one of the hottest restaurant openings of 2015! Designed by Martin Brudnizki Design Studio and decorated with artwork from Damien Hirst, Frank Gehry and Michael Roberts, the look and feel is mid-century glamour. The restaurant is open until 2am, with a resident DJ from Thursday to Saturday. A private dining space, The Coral Reef Room is located on the lower ground floor and houses two of the largest live coral reef tanks in the world. The bar holds one of the worlds biggest Japanese whisky collections, as well as offering a drinks menu featuring both classic and inventive cocktails.

The Sky Garden at 20 Fenchurch Street is a unique public space that spans three storeys and offers 360 degree uninterrupted views across the City of London. Visitors can wander around the exquisitely landscaped gardens, observation decks and an open air terrace of what is Londons highest public garden. The Sky Garden has been designed to create an open and vibrant place of leisure, offering visitors a rare chance to experience London from a different viewpoint. With two restaurants and a bar to choose from, Sky Garden is buzzing almost every day and night, we recommend booking early and heading down there on a Saturday to watch the sunset!

If youre eating in Soho, dont order dessert, just get the bill and head to Basement Sate! One of Londons best kept secrets, Basement Sate is a late night bar offering music and beautifully crafted cocktails and decadent desserts ! Based in Soho behind an inconspicuous red door, Basement Sate focuses on candle light and jazz music. We recommend booking one of the booths at the back if youre in a large group, and if youre adventurous, order everything on the menu and the wine to match!

The Ivy Chelsea Garden is an extension from the notoriously chic The Ivy Group. The Chelsea Garden is more casual than its sister restaurants, but still exudes the same glamorous feel and look.  It serves an extensive all-day British menu of food and cocktails. The restaurant, bar and café inside have an aura of approachable sophistication and familiar luxury; outside is an extensive garden, complete with a terrace and orangery, dont worry if youre visiting during the winter months, heaters and blankets are provided, and it will feel especially Christmassy if you sip on a hot chocolate after a long hearty meal outside!

Located at 15 Berkeley Street in Mayfair, Charlie takes the place of Funky Buddha which since 2001 was one of London's top nightclubs. Tibbatts Abel, having substantial experience as London Nightclub Designers worked with the team at Charlie to bring to life a new concept inspired by the life of Charlie Chaplin, British comic actor and film-maker. Charlie is set to be the new playground of the rich & famous and is located a few doors down from exclusive restaurants Novikov and Nobu.

Soho House opened up their newest London venture this year in their original spot of Soho. 76 Dean Street is a new house for members to spend their time in, be it social or work related. The new house features numerous floors of eating, relaxing space and terraces. If you know someone whos a member, get them to take you there one day after work, its guaranteed to be buzzy and you cant go wrong with their Grey Goose Le Fizz cocktail.

Up until now, there has been one major problem with Londons most theatrical, vintage tube carriage-containing, live music-delivering, 1940s-style cocktail bar: It hasnt existed. Thankfully, it now does exist - in the post war, underground drinking den form of Cahoots.

The rooftop of Selfridges has been a seasonal favourite for Londoners in the last year, changing from a winter venue to a summer venue every 6 months. This year it has been re-launched as Forest restaurant  a winter cabin pop-up restaurant  that evoked the forests of England. The food of which is on Des McDonalds seasonal foraging and forest to fork menu  think Windsor State Mallard on Toast and Deer fillet with Kale & Elderberry sauce. The look: a distant woodland cabin, unaffected by the goings-on of everyday life

Many thanks to 19 Events for providing us with this article. 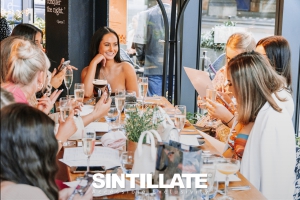 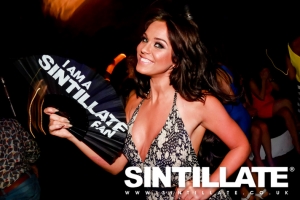