It’s a big world out there, so we’ve narrowed it down for you. Behold, your travel bucket list for 2016! From ancient civilizations to pristine beaches, here are our top destinations to visit this year: (there's one for each month of 2016 for those feeling particularly adventurous)

Standing as the last remaining Himalayan Buddhist kingdom, Bhutan has a reputation for mystery and magic. Embrace the traditional Buddhist culture just as they embrace the global reach of the world. It has to be seen to be believed.

San Francisco is popping up in more and more movies recently. San Andreas, Dawn Of The Planet Of The Apes and Godzilla to name but a few. It's true that usually bad things happen in these movies, but don't let that put you off! It offers some of the most iconic sites in USA like the Golden Gate Bridge and the infamous penitentiary-turned-museum Alcatraz. 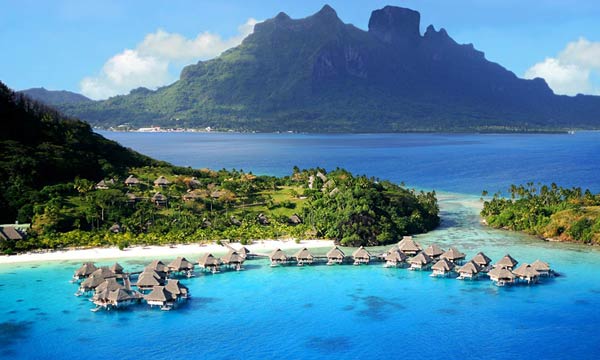 Looking to escape into a tropical paradise? Then Bora Bora is your best bet! The "pearl of the Pacific" is home to unspoiled lagoons, dormant volcanoes and luxurious overwater bungalows. If total relaxation is your goal, look no further.

Eagle-eyed Game Of Thrones fans will recognise this one! Croatia's Dalmatian Coast is used as the setting for King’s Landing in HBO’s epic fantasy series. It's popularity has grown in recent years with the historic city of Dubrovnik received a record number of visitors last year.

Straddling the Danube River, with the Buda HIills to the west and the Great Plain to the east, Budapest is a gem of a city. It's full of history and Renaissance architecture, and a trip there is not complete without a dip in one of the thermal baths, which are heated by natural springs.

Fancy a safari? Then let Botswana be your chosen destination! Blessed with some of the greatest wildlife spectacles on earth, at every turn you will see something truly special, from big cats to abundant birdlife! There are also more elephants in Botswana than any country. Yay, elephants!

The perfect destination for those seeking seclusion, expect unrivalled luxury, stunning white-sand beaches and an amazing underwater world full of dazzling coral walls, magnificent caves and schools of brightly coloured tropical fish, with a trip to the Maldives.

In every family, there’s always an odd one out—and in the clan of Asia-Pacific nations, that member would be the Phillipenes! It's got something for everyone: old Spanish churches, thousands of beaches and wildlife in abundance!

As the nickname implies, the Eternal City never goes out of fashion. But all roads lead there in 2016. Pilgrims will be hotfooting it to Italy because Pope Francis decreed it an official Year of Mercy, but there are earthly reasons to go too: they’ve restored the mighty Colosseum; the Trevi Fountain has also had a clean-up!

Nowhere else on earth exemplifies that dog-eared ‘modern yet ancient’ cliche like the land of the rising sun. Beautiful countryside, elegant ancient temples are contrasted with feverish modernity in the cities.

The Inuit of Greenland call it sila, the immense natural world experienced with all five senses. It is the whispering wind that shapes the surface of the snow, the crisp inhale of Arctic air, the coarse touch of rocky shores. See the midnight sun glimmer on glaciers, sail among breaching whales, dogsled the tundra, watch the Northern Lights dance across the ice sheet...