Dubai welcomed more than 13 million tourists last year, an 8.2 per cent increase on the previous year, according to the latest figures from Dubai's Tourism Department. Here we highlight the best and most extravagant attractions that are enticing tourists.

The Dubai Mall
The worlds most visited and largest shopping and entertainment complex had more visitors last year than New York. Apart from its 1,200-plus retail stores, other attractions include its Aquarium, which has one of the worlds largest viewing panels, an underwater zoo and an ice skating rink. Officials have recently announced plans to expand it even further.

Burj Khalifa
The worlds tallest building is a sight to behold, and while you can visit the Observation Deck at the top for magnificent views over Dubai, you can also admire the shimmering tower from the cafés on the deck outside Dubai Mall. The most spectacular view of all is from swanky Neos, a stylish cocktail bar at the top of The Address hotel opposite.

The Dubai Eye
Plans to build the world's biggest ferris wheel, as part of a new major tourist complex are well underway and set for completion in 2018. The 201-metre Dubai Eye will surpass the 165-meter Singapore Flyer, currently the current worlds tallest, and offer panoramic views of the Dubai coast and attractions including the Burj Al Arab, Palm Jumeirah and Burj Khalifa. The wheel forms part of the Bluewaters Island project, which will include retail and entertainment areas, with an array of shops, restaurants and a souq along a promenade. It will also include a five-star luxury hotel and private residential buildings.

Mall of the World
Last year, Dubai revealed plans for an even bigger retail complex than the Dubai Mall that would be capable of welcoming up to 80 million visitors a year. It will feature the world's largest shopping mall as well as a park, a Universal Studios entertainment centre, a number of art galleries, and up to 100 hotels. No timeframe or budget has yet been announced but Dubai Holding, the state-owned development company behind the project, hopes it will be the emirate's main focus at the UAE World Expo trade fair in 2020.

Atlantis, The Palm
The 1539-room hotel built on Palm Jumeriah features a 924sq metre Royal Bridge Suite which spans the length of an arch that connects the two halves of the hotel. It includes three bedrooms, a living room, a dining room which seats 16, a dedicated team which includes butlers and chefs, its own guarded entrance and private elevator.

Indoor Ski Park
Dubai's indoor ski resort is part of the sprawling Mall of the Emirates and covers 22,500 square metres. It opened in 2005, and features a 60-metre "mountain", five slopes of varying difficulty - including the world's first indoor black run - and a handful of kickers and rails. The adjacent Snow Park has sled and toboggan runs and a climbing tower. 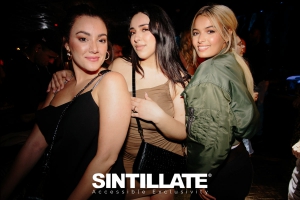 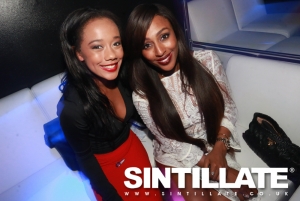