There are already a million reasons to hit up Stratford's Queen Elizabeth Olympic Park in east London, from the country's largest urban beach to the massive Olympic pool, the velodrome and Westfield's endless shops nearby.

Now the area is set to get even more fun with the addition of the Arcelormittal Orbit, the "world's longest and tallest tunnel slide," snaking down and around the distinctive red Orbit tower.

Measuring around 178 metres and standing 76 metres high, you can ride the slide now! 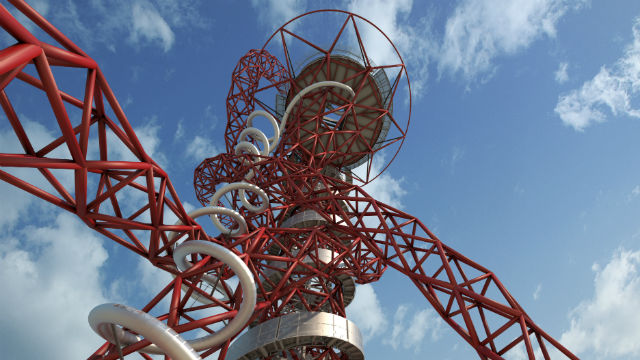 The descent will take around 40 seconds at a speed of around 15mph and there are transparent sections so you can catch glimpses of the sweeping panoramic views of London as you whoosh down.

Created by Anish Kapoor and Cecil Balmond, the magnificent looping structure of the ArcelorMittal Orbit is an iconic symbol of Queen Elizabeth Olympic Park and the London 2012 Games.